so after two years of not reporting anything, have a list of stuff i've made in the past while

lobster
the sequel to crab, it's pretty much done except for the fact that i haven't finished the credits list
once i stop procrastinating it'll finally hit /idgames

hell's arena
made for the hard map contest, this mimics shoot 'em ups
and it's hard as hell
you've got a rocket launcher and the first round consists of demons on nightmare speed with a lot of health
good luck
i may make a sequel eventually

super chicken
another product of my insane imagination
you play as a chicken who has had his deer sidekick stolen by the demons
peck, blast, laser, combust, freeze, bomb, pierce, shot, and call cuckoo bombardments on their hellfire scorched asses to retrieve her
kind of a randomizer mod except you're a chicken and weapons are temporary and the monsters are the same
also you can lower you gravity by holding jump and raise it by holding crouch
which also makes you get blasted further or not at all by explosions
nifty!

grab bag
a thing that allows you to play through doom, doom ][, and heretic with randomized level order
it's not perfect and could use some working on, but it's still good for some fun

dementarium, zyq, and entombed
just maps
the first and last are for zdoom, while zyq was supposed to be boom-compatible but i made a stupid mistake with the new sky texture
oh well
entombed is still in progress
, 7:21:00 PM No comments:

i can count the pixels 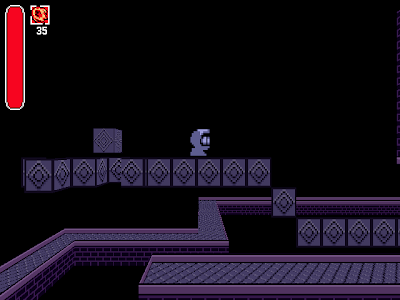 more stocked-up than a gutter after a hurricane

i have so many projects it's probally not even funny

mono:
inspired by i-forget-what (probally virus or ad2), mono is a standalone game using zdoom
that is, if i ever finish it
while the art style for the guys is consistent as could be, the level design is all over the place aesthetics wise. and this is only three levels
not to mention i have no idea what i have replaces and what i haven't replaced but need to
sigh

truckosaurs:
perhaps my most famous thing over at the zdoom forums, you control truckosaurus as he eats his breakfast
his breakfast being guys like you
right now it's stuck because of lack of sprites for new guys
so yeah

a thing called gun:
weapon mod for doom
it's technically done, but i still have to finish all of the monster replacements
which is taking so long due to lack of ideas

true heretic:
weapon mod for heretic
pretty mucha standard "guns for heretic" mod
it's stuck because of lack of ideas for the phoenix rod, hellstaff, and mace

guns and sorcery:
weapon mod for hexen
you can carry around one gun
why? because your slot keys hold spells that you can cast
atleast, that's the concept
the weapon swapping is in, but i have no idea how to do the menu for upgrading spells
oh well

mythic:
weapon mod for doom
kinda like cold hard cash except you can buy at anytime
just stopped working on it

cacodemon soccer:
community interest died after a while
which is bad because this is multiplayer only
you play as a cacodemon and fly around and catch a ball and toss it or tackle the person who has it
first team to x goals wins

2d doom and hexen:
right what it says on the tin
lack of interest, mainly

if you're reading this

please do not discriminate again the spider brains thank you
, 10:01:00 PM No comments:

god i need to finish this 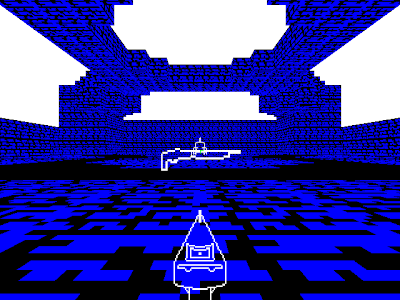 sadly that's probally the most detail this will get

I decided I needed a blog.

other nerdlings i know